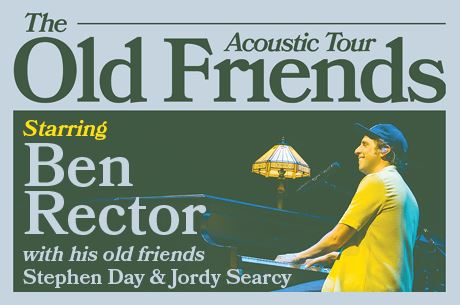 The tour will feature Jordy Searcy and Stephen Day who will perform individually as opening acts and together with Rector during the main event. Searcy has also collaborated with Rector as a co-writer on tracks such as the 2021 hit single “It Would Be You” and Rector’s most recent release, “Wonderful World”.

Rector recently sold out the majority of amphitheaters nationwide on his most recent headlining tour, The Joy of Music - A Live Music Event including a sold-out show at Ascend Amphitheater in Nashville. He masterfully created “chilling, harmonious moments” (Music Row) with the audience as they “drown[ed] in his charisma” (Music Row) and danced joyously to both new and old fan favorites. Since then, Rector has released two original singles, “Wonderful World” and “What Makes A Man” featuring Thomas Rhett, the latter of which he played at his Grand Ole Opry debut in August. Rector invites friends and family to reconnect at a show in one of the cities he will visit with his friends, Searcy and Day.